Leave a comment Posted by Collector of Book Boyfriends on November 22, 2014 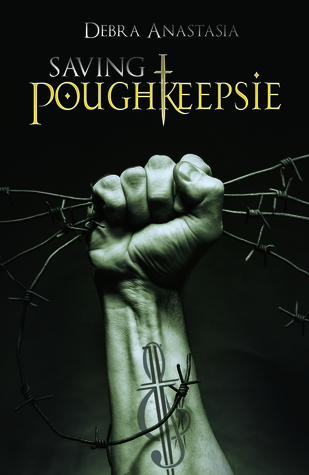 Beckett Taylor’s quest to be a better man has brought Eve Hartt back into his life, but sometimes it feels like they’re bound together with barbed wire. Though he longs to love her without causing pain, the wreckage of their past continues to crash down around them.

Yet with the help of this brothers—and for his brothers—Beckett won’t stop trying. He’s determined to make them all a family, to make a life they want to live, and to make Poughkeepsie a place that’s safe to live it.

He can feel their futures balanced precariously on his shoulders: Blake and Livia and their children, Cole and Kyle and the new baby they’ve just brought home, and Eve…always Eve. He wants their dreams to be real. But murderers don’t just get Happily Ever After handed to them. They have to wrench it away from Satan himself.

Good thing Beckett is prepared to do just that. After all, saving Poughkeepsie is the only way his story ends.

Prepare your heart and your head for a wild ride in this final installment of the Poughkeepsie Brotherhood series. Debra Anastasia does not disappoint as she weaves the last chapter of a story that blends true love, turbulent emotions, and life’s harsh realities into an uplifting tale that calls to the good in each of us.

“I’m not worried about tomorrow. I’m worried about right now, with you, under this Christmas tree.” Blake supported her neck as he laid her on the floor.

Livia turned her head. “You’d better convince me. So far you’ve talked about the dog going to the bathroom, trash, and dirtiness.”

Blake kissed her jaw and turned her head gently, kissing her mouth as she bit her lips together.

“Can’t I just convince you with my manly ways?” He wiggled his eyebrows.

He could, of course, do just that—but she shook her head. She loved the playful sparkle in his green eyes. His five o’clock shadow just made him more handsome, framing his kissable lips with scruff.

“Okay.” He put his fingers at the bottom of her shirt, lifting it gently so he could circle her belly button with his index finger. “You’re the sexiest, most beautiful woman on this planet. So sexy, in fact, that I had to have you. I had to make you bear my children because my universe and yours had to be combined. Everything I’ve ever been needed to be buried inside of you, so deep, so full of love that we created life. Twice.”

He lifted her shirt and kissed the tops of her breasts, whispering his devotion into her skin. “And it’s never enough. Unless I can hear you coming, I can’t think of anything else. All day every day. For years now. You’re that powerful, Livia. This. Us. It’s so intense that years haven’t cured me. I can’t stop wanting to make love to you.”

“Wow.” Livia smiled and pulled his face back to hers, kissing him and effectively stopping his beautiful words. 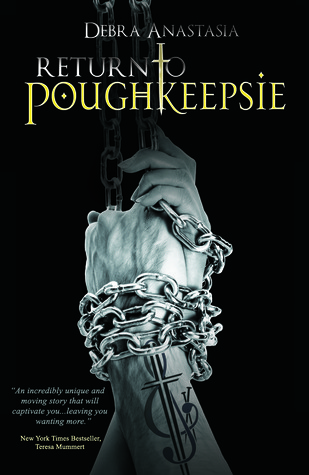 There are a lot of eyes in Debra Anastasia’s house in Maryland. First, her own creepy peepers are there, staring at her computer screen. She’s made two more sets of eyes with her body, and the kids they belong to are amazing. The poor husband is still looking at her after 17 years of marriage. At least he likes to laugh. Then the freaking dogs are looking at her—six eyeballs altogether, though the old dog is blind. And the cat watches her too, mostly while knocking stuff off the counter and doing that internal kitty laugh when Deb can’t catch the items fast enough.

In between taking care of everything those eyes involve, Debra creates pretend people in her head and paints them on the giant, beautiful canvas of your imagination. What an amazing job that is. The stories hit her hard while driving the minivan or shaving her legs, especially when there’s no paper and pen around. In all of the lies she writes hides her heart, so thank you for letting it play in your mind.

Debra is eternally grateful to Omnific Publishing, which has now published five of her books: two in the Seraphim Series and three in the Poughkeepsie Brotherhood Series, as well as her novella, Late Night with Andres. That one is special because 100% of the proceeds go to breast cancer research. (So go get it right now, please!)