That’s how long it took for Avery West’s ordinary life to change forever: In two weeks, she discovered she was heiress to a powerful secret society known as the Circle, learned her mother was taken hostage by the Circle’s enemies, and fell for a boy she’s not allowed to love, just as she found out another was her unwelcome destiny.

Now, Avery crosses oceans in private jets to hunt for clues that will uncover the truth about the Circle, setting her mom and herself free before it’s too late. By her side are both the boys: Jack—steady, loyal, and determined to help her even at the expense of his own duty—and Stellan, whose connection to Avery grows stronger by the day despite her best intentions, making her question what she believes at every turn.

But at the end of a desperate hunt from the islands of Greece to the red carpet at Cannes comes a discovery that not only changes everything, but could bring the whole world to its knees. And now Avery is forced to face the truth: in the world of the Circle, no one is what they seem.

If you’ve already read The Conspiracy of Us by Maggie Hall, you probably don’t need to be told that its gorgeous, thrilling, sexy-as-hell sequel, Map of Fates, releases in three months. What you do need is an Advance Readers Copy of it, and some signed swag, and this is where you can get it! 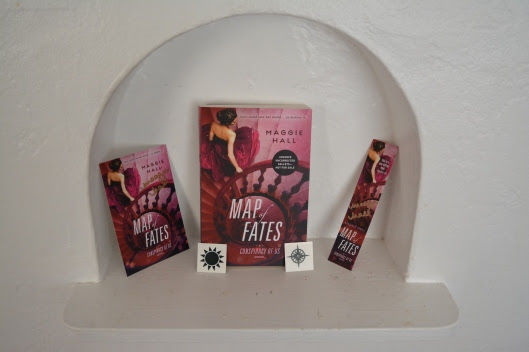 To get your hands on a beautiful ARC, signed postcard, signed bookmark, and tattoos, you have to make the same tough choice as every Conspiracy fan:

Pick one of the below pictures (with thanks to creator Diana Sousa!) and share it – on Instagram and Twitter – with the hashtag #MapOfMates, and tell us where you’d want to be swept away on an all-expenses-paid trip! 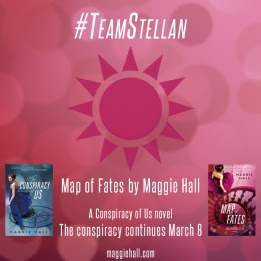 On January 2, five ARC winners will be selected, and yes, the giveaway is international!

Haven’t read The Conspiracy of Us yet? Buy it now, and/or enter to win it (until 12/17) here! (Prefer paperback? That releases on February 2nd!)

(Whether you enter or not, please spread the word; Maggie’s an amazing, generous, and talented member of the YA community, and due to emergency circumstances, she’s unable to promote her own books right now, so please give all the support you can!) (But, like, you should enter, because these books are pretty damn good.)

Winners will be notified on January 2, 2016. See you on #MapOfMates!

Book Boyfriends and Girlfriends of October